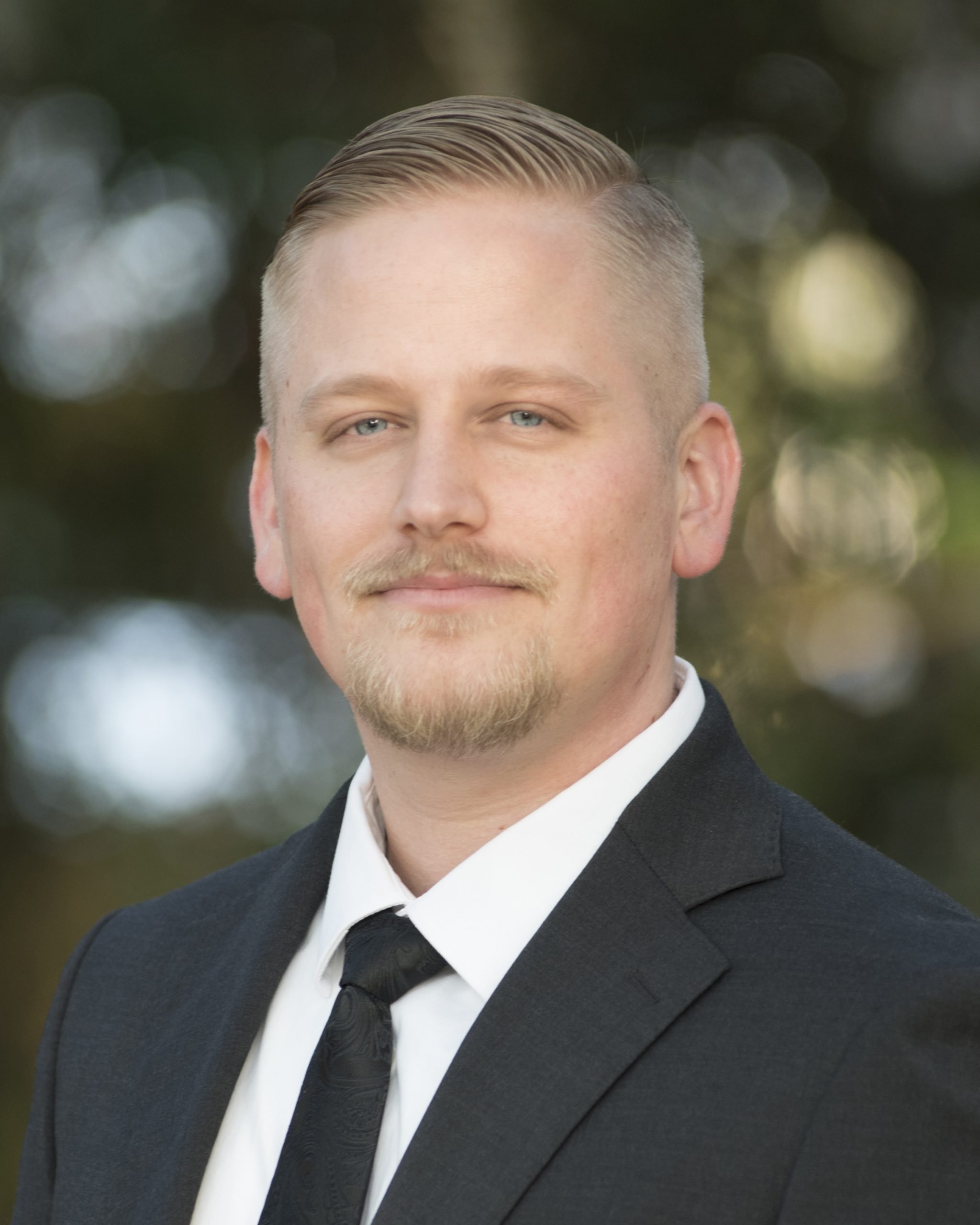 Michael Hodges’ early career years in the Florida Department of Corrections and the U.S. Air Force taught him the importance of tight focus and discipline. Those qualities have served him well in his relatively short tenure as a Law Clerk at Jeffrey  S. Howell, P.A., Attorneys at Law.

However, Hodges says he’s learned how to do his work at the Howell Firm without the point-by-point supervision required in state and military work. The less-strictured atmosphere has allowed him take a relaxed approach as he learns which area of civilian law work best for him. He says, however, the firm is by no means casual: “There’s really a lot to do, and we (the clerks) do a lot of the substantial work on cases.”

“You don’t get spoon-fed too much.”

Hodges grew up in Live Oak and after high school he worked as a corrections officer at Hamilton Correctional Institution in Jasper. After two-and-a-half years at the prison, he looked around and saw the Air Force as a better bet. It has paid off well for him.

He enlisted as an Open Administration classification and “they put me in a Paralegal spot, and I just loved it.” Even after more than five years at it in the Air Force, “I just did it day in and day out and loved it.”

Hodges started at the Howell Firm on Feb. 20, and he’s been handling civil cases. He’s been assigned no health care cases yet, but says Howell has plans for that. He worked 10-15 hours a week at the Firm when he started law school, but as he gets into the rhythm of school he aims to put in at least 20 on the job.

He’s learning the basics of how put together a case and also:

He also writes draft motions for pleadings, and once Howell and other lawyers examine and correct his work, he files them with the proper court.

His role, Hodges says, is with “everything that comes up with a case. (I) just try to be the motor that keeps the case pushing toward resolution.” In addition, when questions pop up during a case, he’ll do the legal research, write a memo about what the law says of the issue, and give it Howell.

In addition to the employment law he’s now doing, he’s also interested in criminal law. During his military service, he worked the prosecutor side as well as defense. Altogether he spent four or five years doing criminal work. “I’m not opposed to (more of) that,” he said.

Hodges has been married to his wife Jill for seven years. He plays guitar during church services on Thomasville Road. She has a Master’s in Social Work and works at The Apalachee Center. They have two bulldogs, and English and an American, Bruce and Bucky, and live in Tallahassee.