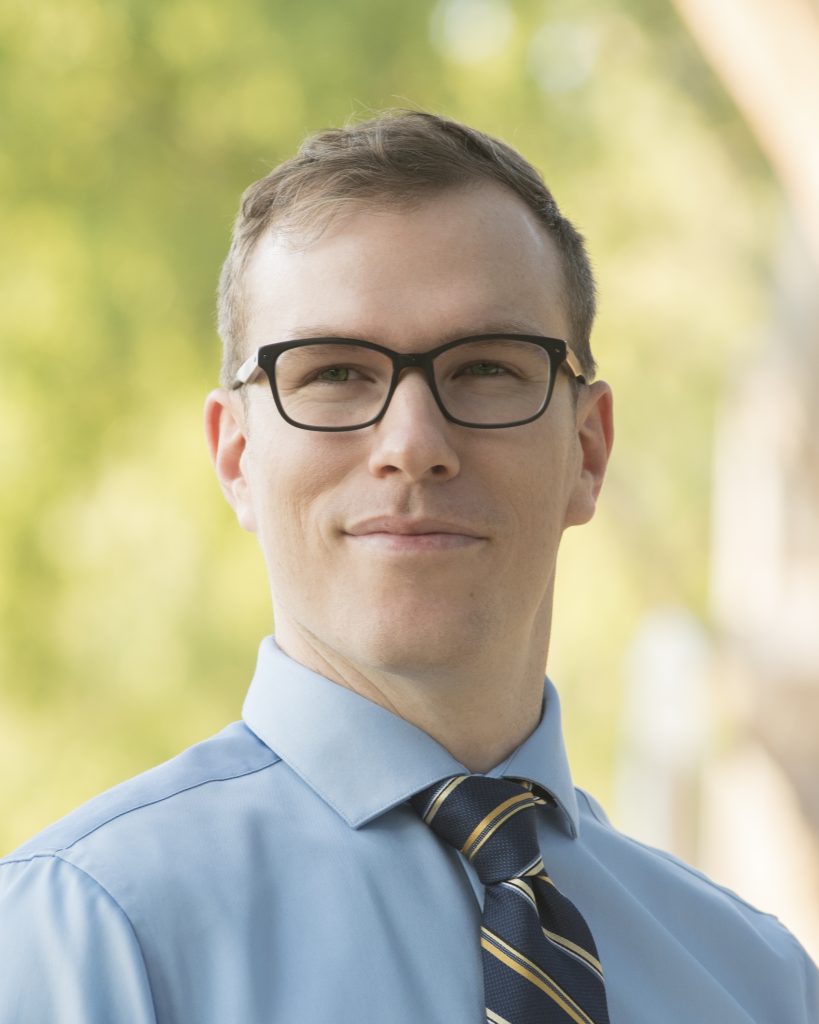 Although Wood has been in the US Air Force, seen service in Eastern Europe, and has a wife and young son, he says the Howell Firm has provided him “a chance to see different perspectives.” Because the firm specializes in most all topics medical, most cases spring from that world and some aren’t pretty.

So Wood shares the “what can happen” side of nursing with his fellow students. An early class on ethics, he says, went over “the wrongs and rights but not too much in-depth.” It’s main flaw was a lack of specifics about what to when a medical worker runs afoul of the law.

“They say your license is on the line, not what you can do to see that from happening,” he says, or what a stained record can do (to a career). On the other hand, Wood tells his fellow students how doctors and nurses can be snared by legal pharmaceuticals abuse; what happens if they’re caught simply using; or far worse: making a life-threatening mistake while befuddled on medications.

He tells his fellow students, “I know you guys are going into the nursing world, and some of you might get in trouble.” Then he tells them “the reality of what can happen.”

“A lot of people walk into the profession blind,” Wood emphasizes.

Should they stray into dangerous behavior, “It’s good for them to know there’s someone out there if they get in trouble.”

He’s worked at the Howell Firm since January 2019 and that’s opened his eyes to the real side of the medical profession. “I get to look at the other aspects: bad examples.” He feels very fortunate to see it now so he “doesn’t get into the same troubles later on.” Wood says he’s seen some “great bad examples” and understands “how their private life interfered greatly with their professional life.”

The Howell Firm surprised him with its approach to medical cases, including “helping people realign themselves into a better position for their profession.”   He says “Mr. Howell and the attorneys at the Firm want to help nurses and other health care professionals save their careers and get back on track.  It’s very important to them that the clients get good service and are kept up to date.”   Sometimes bad things happen to good people.

“It’s kind of humbling to learn (that) while working on the job,” he says.

Much of Wood’s work consists of collecting and distributing documents the lawyers need in licensure cases. In such territory — he contends — being a medical student helps provide more insight into such records, a boon for clerks and lawyers. He also helps on the office’s front desk, answering telephones, gathering information the lawyers need such as arrest records, and pulling together information needed for meetings with callers. He also sets up such meetings.

The office’s changing pace fascinates Wood as well: “It can be a something really small and the next day a complete ‘jump off the cliff’ moment” if a client’s difficulties come crashing down. “You never know (exactly) how to handle those situations. When it arrives it’s very surprising.”

After graduating from high school Wood immediately enlisted in the U.S. Army where he trained and served as a medic. He was stationed in various troubled spots such as Afghanistan, Korea, and Eastern Europe, including Poland and Rumania, which he didn’t exactly see as vacation oases.

He didn’t treat the injured at “point of injury,” but worked in the wounded’s next stop at aid stations where he “saw lots of injuries.” Ron’s interest in becoming a medic in the military sprung from his fascination with military subjects, particularly movies and other dramatizations, and documentaries as a child. Because of that he served in the Army for seven years.

Wood graduated from Lake Placid High School where he met and attended with his future wife, Karla. They kept in touch after they graduated, and began to date a few years later. They finally married about a year after that. Then along came their son Christian, who just turned one year old.

Wood is savoring his time now with his son: “It’s good seeing him grow up at home.”

They share their abode with one other small being: Bob, a female cat. Why Bob, a boy’s name? “Because of her bobbed tail.”

Does the Nurse Licensure Compact Apply to APRNs?