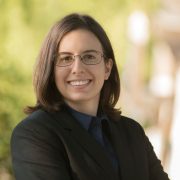 Sexual Misconduct in the Psychologist-Client Relationship

Part One of a Two-part Series

Receiving an Administrative Complaint from the Florida Department of Health (DOH) is never a pleasant experience. This is especially true when DOH is alleging sexual misconduct with a client or patient. If you are a licensed psychologist who has been accused of sexual misconduct by DOH, you should take immediate action and seek counsel from an experienced health care attorney.

What is Sexual Misconduct with a Client?

How does Florida law define sexual misconduct in the practice of psychology? The definition comes from the Florida Administrative Code, 64B19-16.003(2), which states:

This rule was first adopted by the Florida Board of Psychology in 1982, and it obviously applies to a very broad set of behaviors. Note that the regulation does not discuss whether or not the sexual relationship between the psychologist and the client was consensual. Consent is not a defense in the context of sexual contact with clients or patients.

Why does the Board have such a broad rule regarding sexual misconduct? The Board gives us its reasons in the rule itself, specifically in Florida Administrative Code 64B19-16.003(1), where it states:

“The Board finds that the effects of the psychologist-client relationship are powerful and subtle and that clients are influenced consciously and subconsciously by the unequal distribution of power inherent in such relationships…sexual intimacies with a former client are frequently harmful to the client, and that such intimacies undermine public confidence in the psychology profession and thereby deter the public’s use of needed services."

We now know that sexual relationships with clients are strictly prohibited, but who is considered a client under the rule? The definition of “client” can also be found in the Florida Administrative Code, specifically 64B19-16.003(2). This is also a very broad rule; essentially, a client is anyone to whom the psychologist has provided “psychological services including, but not limited to, psychotherapy, counseling, assessment or treatment to a person.”

How long does the psychologist-client relationship last once the treatment has concluded? The Florida rules state that,

The effects of the psychologist-client relationship endure after psychological services cease to be rendered.

However, the psychologist-client relationship does not last forever.

The rules also outline numerous factors that the Board considers when determining whether the psychologist-client relationship has been terminated, including:

Whether the psychologist, during the course of the professional relationship, made any statements suggesting or inviting the possibility of a sexual or romantic relationship with the client.

These factors can be very subjective. An experienced health care attorney would be able to review the facts of your case and know how to best present it to the Board of Psychology. Sexual misconduct with a client is a serious allegation that can result in harsh penalties against your license. To learn more about what the possible penalties are for sexual misconduct, read Part 02 of this article.

If you’re a licensed psychologist who has received an Administrative Complaint, you should act immediately. To set up a FREE no-obligation consultation, contact the law firm of Howell, Buchan & Strong at 850-877-7776.  Our firm represents physicians, nurses, psychologists, and other licensed professionals statewide. Our goal is to successfully defend you so that you can keep your professional license.